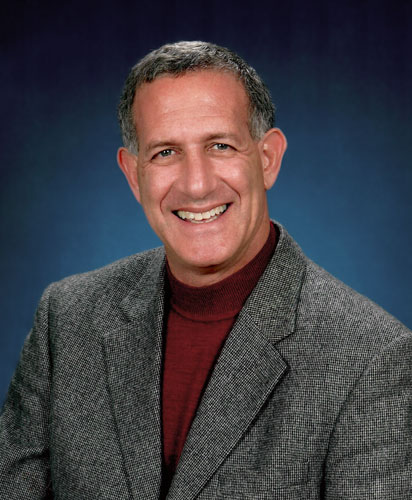 Steven VanGrack has been extremely involved in government, community, and legal affairs. He served in the distinguished position of Mayor of the City of Rockville from 1985- 1987 and in 1994 was the Democratic candidate for the House of Representatives from the 8th Congressional District in Maryland. He has been appointed to boards and commissions by Maryland Governors Mandel, Schaefer, Glendening, Ehrlich, and O’Malley.  He served on the Maryland Real Estate Commission for seven years which he chaired for four years. Mr. VanGrack was also president of MICPEL, the Maryland Institute for Continuing Professional Education of Lawyers.

Steven VanGrack graduated from Bethesda-Chevy Chase High School in 1966. He was co-captain of the football and wrestling teams and a member of the track team. He received his Bachelor of Arts degree in 1970 from the University of Maryland.  Mr. VanGrack received his Juris Doctor degree in 1974 from the University of Maryland School of Law where he was a participant in the Asper Fellowship Program. In addition to working two years with the United States Department of Justice (primarily in the Civil Division, Appellate Section), Mr. VanGrack served as law clerk to the Honorable Joseph M. Mathias, Circuit Court for Montgomery County, Maryland.

Steven VanGrack is a former instructor at Montgomery College and a frequent speaker/lecturer to lawyers. His contributions to his community are recognized throughout Maryland.

Steven VanGrack has received formal education and training as a mediator and arbitrator. He has served as a mediator in the District and Circuit Courts of Maryland.

In addition to his extensive trial experience, Steven VanGrack is adept at negotiation, mediation, and arbitration. He is skilled in resolving cases before they go to court.

Steven VanGrack serves as Of Counsel to the law firm of Longman & Van Grack, LLC, where his son, Adam Van Grack, is founding and senior partner.

U.S. District Court of the District of Columbia, 1976

Steven VanGrack has been happily married to Susan VanGrack for over 25 years. Susan is an Executive Assistant at the National Cancer Institute, National Institutes of Health. She is very active in the community where she has served for many years as an officer of the College Gardens Civic Association. She is a strong advocate for the ASPCA. She loves movies and exercises regularly. Steve and Sue take a long walk together to begin every day.

Oldest son Adam is an attorney and founding partner of Longman & VanGrack, LLC.  Adam is an honors and an Order of the Coif graduate of Washington University in St. Louis School of Arts and Science and Law School.  He was a nationally-ranked whitewater kayaking competitor and has served as the Chair of a U.S. Olympic Governing Body

Older twin son Ryan is married to Tracy Zuckerman.  He is an attorney serving as Senior Deputy Counsel to Citadel.  He previously served as Senior Advisor to the Chair of the US Securities and Exchange Commission as well as Deputy General Counsel in the White House.  Ryan graduated with highest honors from Duke University and with high honors from Harvard Law School.  Tracy is also a graduate from Harvard Law School.  She is a Senior Vice President of Communications and Public Policy at Revolution.

Daughter Allison is married to Brandon Melton,  Allison is a graphic designer and is a Senior Project Manager with Adrenaline.  She is an honors graduate of James Madison University.  Brandon is Director of the EPMO for Wellstar Health System.

He has been selected as a Bar Leader of Montgomery County and a Fellow of the Maryland Bar Foundation.

Steven VanGrack has litigated in every county in the State of Maryland. He has litigated in the District of Columbia and Virginia. He has also pursued successful cases with local counsel in Delaware, Pennsylvania, California, New York, West Virginia, Florida, Colorado, Arizona and Ohio.